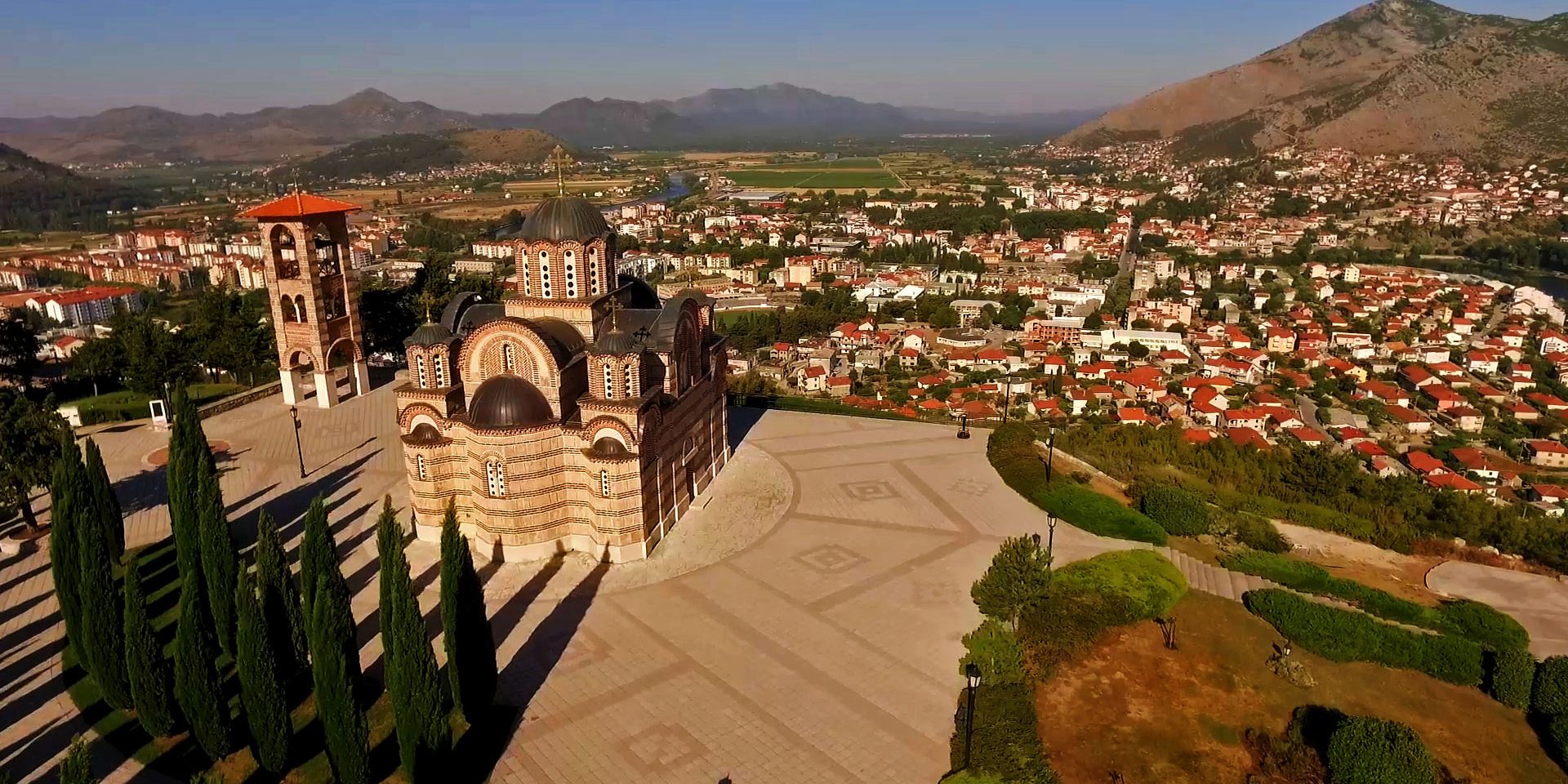 Dalia Travel takes you to the East Hercegovina, to be precise in city of Trebinje, one of the most beautiful old cities in this region. Trebinje, the town of the sun and plane trees, is located in southeastern Herzegovina, some 10 km from the Adriatic Sea. The city lies in the valley of the Trebišnjica River. Trebinje is economic and cultural center of the region of Eastern Herzegovina.Reach cultural and natural heritage, climate and favorable geographical position had significant influence to the development of tourism in Trebinje. Besides the historic town center, built in the Mediterranean style, this town is famous for its unique garden of plane trees, as well as several medieval churches and monasteries.

Arriving in Trebinje and sightseeing of Crkvina (Monastery of Hercegovačka Gračanica).  This monastery comprises the Temple of the Godmother, a true replica of Gračanica monastery (Kosovo and Metohija), icon gallery, rectory, amphitheatre, church bookshop, museum, and fountain and summer garden. Temple of the Godmother was built in 2000 in order to obey the will of the famous poet from Trebinje, Jovan Dučić. He was buried in the crypt of this Temple.

After the visit of Crkvina monastery we turn back to the town. Local guide will show you the most interesting parts, such as old fortresses and old stone Arslanagić bridge from the 16th century. The unusual secret about building of this bridge will be revealed to you. Than we proceed to the short sightseeing tour through the Old town: old clock tower, the urban core Kastel built in the 18th century, Osman paša’s mosque from the 18th century and city walls with cannons. As soon as you walk out of the Old town, through the tunnel gate, you will reach the poets’ square lined with 115-years-old plane trees, green market, catholic cathedral and fountains with monuments.

Our next visit will be Tvrdoš monastery, 4.5 km faraway from Trebinje, built on the foundations of an old church from the 4thcentury. This is the holy place where the Saint Vasilije, founder of Ostrog monastery, became a monk. Tvrdoš monastery is surrounded by the vineyards cultivated by the monks themselves. You will have a chance to taste their homemade wine.