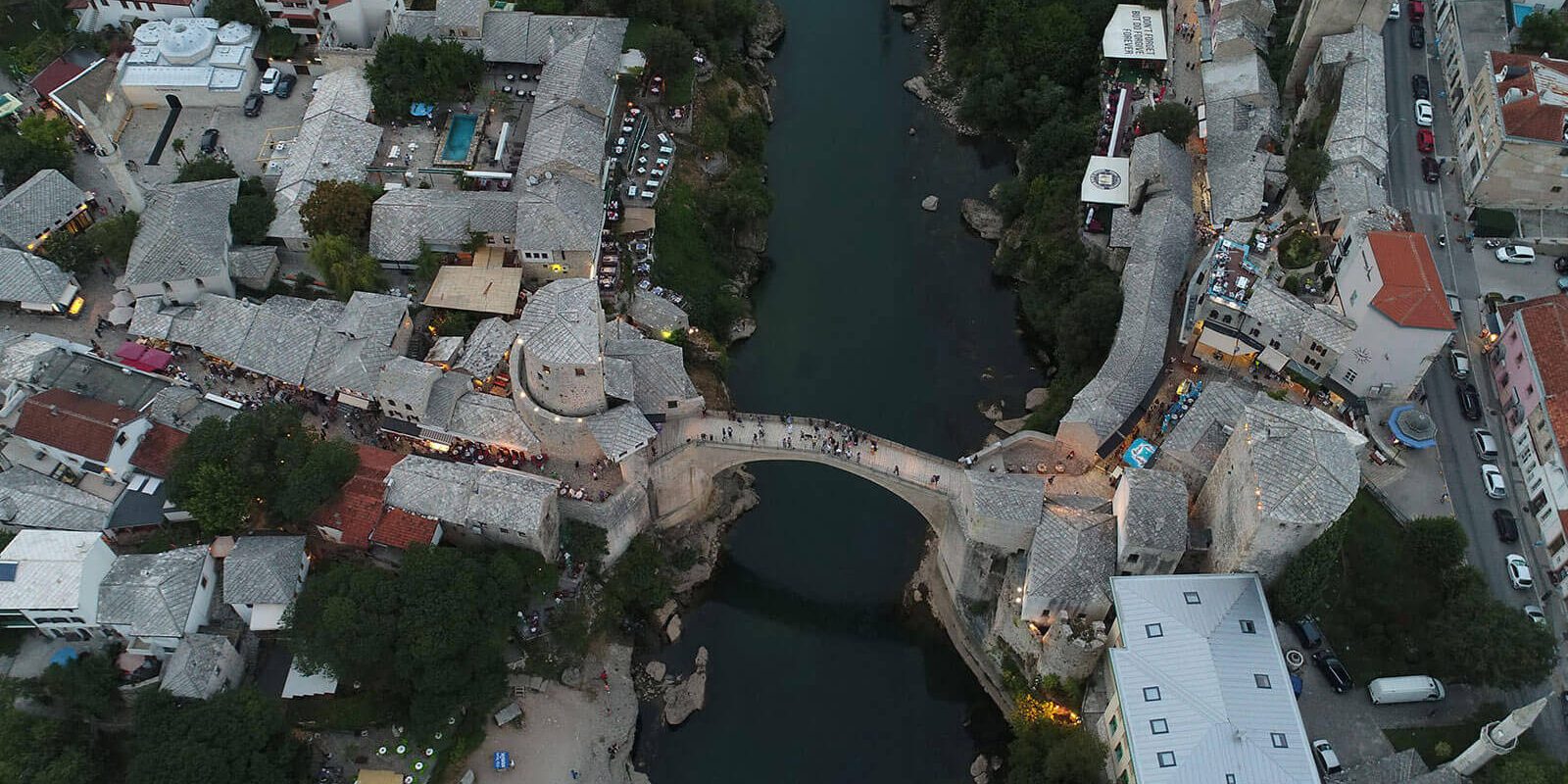 Mostar is situated on the Neretva River and is the fifth-largest city in the country. Mostar was named after the bridge keepers (natively: mostari) who in the medieval times guarded the Stari Most (Old Bridge) over the Neretva. The Old Bridge, built by the Ottomans in the 16th century, is one of Bosnia and Herzegovina’s most recognizable landmarks, and is considered one of the most exemplary pieces of Islamic architecture in the Balkans. A journey through time, following the footsteps of the Ottoman’s area and heritage. Look into their homes by visiting an authentic Turkish house of that period, learn more about their religion in a opened mosque, explore the craft shops of Old Town Kujundziluk an see the magnificent Old Bridge of Mostar, the wonder of the 16 th century.

Tour Schedule: every day at 9am

Group price available upon request and subject to special terms.

Entrance fees are not included into the price but can be arranged on spot.